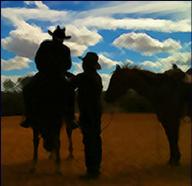 For some the first casualty of war is many times a wound to the spirit.
For others it may be active combat survivor skills which worked well in field, but now being home aren't serving you well,
perhaps something during your military experience has you feeling disconnected, dishonored or depleted, or possibly it may be the case that you struggle going from service member to civilian.

We see there are many sides to what may be labeled PTSD - we aren't for labels especially when they do not accurately capture an individuals experience - there is no one size fits all PTSD and not everyone's personal experience fits neatly in to the traditional definitions and many times defies it.
This is why we like to call PTSD Post Traumatic SPIRITUAL DISSONANCE™

Spiritual  is defined as relating to or affecting the human spirit.

For some this will be more of a personal religious nature and others it may be more nonsecular in nature.

Dissonance  refers (and not limited to) feeling Disconnected, Dishonored, or Depleted.

~ However you would like to define it, know that we understand, there is no judgement here and we support you.

The body has its own wisdom. A body is a complex system, and when a complex system is not optimally self organizing, then it moves to chaos or rigidity – For example, when a self-organizing system, our body, is faced with trauma it can move to either chaos or rigidity and sometimes gets stuck there, i.e. PTSD. Which then means when a self organizing system IS OPTIMIZED it comes back into self organization, or, back into balance. When you learn about your nervous system you can learn to assist it in its self-healing. ​

Please Note: Shortly after filming in 2013 we dropped the word "Disorder" all-together and Replaced it with "Dissonance" because it more accurately described

what we were seeing.

​PTSD can be treated successfully. With the right treatment, individuals can begin to heal and return to the journey of joyful living.

Remember: It is important to find what works for YOU!  Be your own advocate and be a participant in your healing! 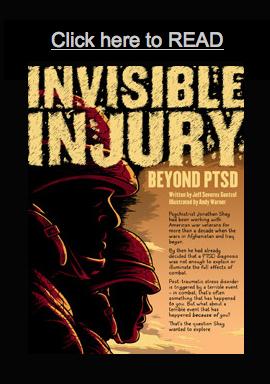 US Army Col. Charles Hoge, MD a nationally known expert on PTSD, in his book Once a Warrior Always a Warrior confirms that "the fact that what medical professionals label symptoms are also combat survival skills". Col. Hoge goes on to describe that "PTSD is not an "emotional" or "psychological" problem, but a physiological condition that includes physical, emotional, psychological and behavioral reactions."

Jonathan Shay, a psychiatrist at the Department of Veteran’s Affairs’ clinic in Boston,
was looking for a way to describe damage to a veteran’s spirit or soul that PTSD didn't capture; he is credited

with coining the phrase 'Moral Injury' back in the 90's even though others, like world leading trauma expert

Bessel van der Kolk, had a keen understanding of Soul Wounds in his work with returning Vietnam veterans in the 70's.

In our work we coined the term Post Traumatic Spiritual Dissonance™ (the other side of PTSD), which more accurately

describes the disconnection that we see in the post 9/11 veterans and active military in our program. This dissonance

is not always a “moral” issue, rather it is a soul wound that pierces ones heart and spirit.
For example it could be, something you did, didn’t do, you saw, or something someone did to you.

Remember, we are veterans helping veterans:

"We meet you where you are… we just don’t leave you there."

It is also important for you to know, that we are independent of the VA and any other governmental agency.

Edward Tick says "...war's invisible wound is not only caused by the massive stress that alters neurological, emotional,

and cognitive functioning. These changes, to be sure, are real and severe. But the invisible war wound is also holistic and

complex. It impacts and transforms every aspect of our being. It is, in essence, spiritual, moral, and communal."
~ Quoted from Edward Tick's article War-Healing Ways

but Moral Injury does NOT include Post Traumatic Spiritual Dissonance™.